Taking a new approach to study limited liability companies, Ireland (2010) deducted, ‘the corporate legal form was, and is, in large part a political construct developed to accommodate and protect the rentier investor’. It seemed that the emergence of limited liability companies and the legislation around the entity have derived from and later served the interests of investors. To discuss this matter, this paper should hereby analyse the legislative history of limited liability as well as its advantages and disadvantages with the issue of investors’ interests in question.

Taking a look into limited liability

Adult literatures have taken different approaches to the study of limited liability companies, ranging from identifying the lessons for corporate laws (Macey, 1995), understanding the legislative and case law developments (Murdock, 2001), to decoupling its privilege from rights of control (Ireland, 2010). One important aspect of these studies is the analysis of the legal treatment influencing the emergence of limited liability companies throughout the history.

As mentioned above, limited liability companies are enabled to qualify for pass-through tax treatment due to the recognition as partnerships according to criteria stated by the Internal Revenue Service. This was one of the key elements contributing to the development of this corporate form. However, Ireland (1996) and Ireland (2010) illustrated how the operation of limited liability companies might have been in violation of the law of partnerships. One of the key principles of partnerships from the nineteenth century is the unlimited liability and mutual agency, whereby partners – including those not involved in management activities – were joint owners of property and severally liable for any partnership debt. The premise of partnerships whereby is to ensure the principles of justice and the conscientious operation of business. The distinction legal form of limited liability companies, however, was allowed by the Companies Acts of 1844-62 in the U.K – free incorporation by simple registration – to create a separate legal entity from its members. Similarly, under the U.S law, Macey (1995) also explained the premise of a simple registration procedure where a filing of documents to state officials would be the critical feature to distinguish enterprises in which investors enjoyed limited liability from enterprises with unlimited personal liability.

The emergence of this novel corporate legal form also led to the rise in rentier investors. Limited liability acted as an alternative for rentiers seeking for profitable investment outlets as they faced limitations of partnerships – taking part in unlimited liability investment that may put their whole personal wealth at stake (Ward, 1852) or becoming creditors with fixed rate of returns limited by the usury laws. Prior studies (Ireland et al., 1987; Ireland, 1996; Ireland, 2010) once again shed light on the accommodation of legislation for limited liability companies and its rentier investors. The 40s of the nineteenth century marked several modifications to the law of partnership applying to joint-stock companies. For example, the judicial redefinition of shares led to the separation of property, where the company owned concrete assets and shareholders held the intangible rights to profit as shares. Another legal protection of the rentier investors is the Companies Act 1844, implementing on companies a compulsory incorporation coupled with ‘publicity’, which hoped to keep rentiers well informed with detailed information about company operations. Similarly, the effect of the Companies Act 1844-82 redefined the relationships between investors, creditors, and the company. ‘The company’ was held responsible to creditors as a separate, property-owning entity, whereas investors owe their liability to ‘the company’ and not directly to the creditors.

The final emergence of limited liability companies lied in the modern doctrine of separate corporate personality within the last quarter of the nineteenth century. As corporations reified the ‘complete separation’ of shareholders and company, the law concerning this form of entity also emerged as a legal corporate form category in its own right, instead of being a branch in the law of partnerships (Ireland, 2003).

Assessing the benefits of limited liability

As mentioned above, this corporate form is a combination of the corporate associated benefits of delegated management and limited liability with the partnership associated benefits of pass-through tax treatment and flexible organization structure. Thus, one key benefit of limited liability is the partnership tax status and avoidance and of corporate double taxation, where taxes are put upon the members of the entity but not on the entity itself (I.R.C. §§701-702, 1988). Another key benefit is that this form of entity can afford investors and even its management protection from any debts and obligations of the firm. Investors are generally not liable, directly or indirectly, for enterprise debts, obligations, and liabilities. Similarly, investors are protected from liabilities of other ‘co-partners’ even if they are incurred within the operations of the company. The difference between limited liability companies and general partnership roots from these liability provisions. In particular, general partnerships translate to the liability of all partners to the debts of the partnership; while limited partnerships have at least one general partner that is fully liable. Moreover, limited liability has the contractual freedom to arrange the internal operations of the firm. While maintaining the corporate model of delegated management, limited liability companies are not under the restrictions on dividends and requirements of capital accounts or board of directors. They are also allowed to form a large and unlimited pool of investors, offsetting the potential limitation that may incur with the finite duration of the firm.

The favorable attributes of this corporate form also led to a movement of midstream shifting from partnerships to limited liability companies, so that partnerships who had already been doing business could enjoy the privileges of limited liability (Levmore, 1992). This movement, along with the prosperity of limited liability, had coupled with the growth of experts from law and accounting fields who provided advice on legal and tax issues necessary for the formation of these entities (Macey, 1995).

From the investors point of view, the legislation also put them under protection by requirements of official incorporation. While the filing of documents are deemed to serve as a tool to inform the third parties, to identify the state of the corporation, and to allow the government to collect fees, the required incorporation process as stated above acts in favor of investors. That is, investors should be able to make better informed investment decisions based on the publicity of company information. Meanwhile, information to third parties as well as identification of company establishment were deemed to be irrelevant and voluntary according to Macey (1995)’s study.

Assessing the drawbacks of limited liability

Limited liability was firstly criticized to be inefficient due to the divorce of ownership and management. Shareholders might not be attentive to the operations of the firm in which they held shares since they are not liable for obligations of the firm, and managers were to manage other people’s money and would not be held responsible for the liabilities incurred. This is also inherently a problem stemming from the centralized management model of corporations in general. In fact, many cases of corporate scandals revolving around the agency problem have further emphasized this issue.

Facing the potential problem with the operations of limited liability companies, the risk bearers in this case are also identified to be the creditors. That is, most of the costs are not internalized by the firm members who make the decisions and benefit from the business, but instead suffered by these third parties. Consequently, members from limited liability companies have the tendency to analyze only the costs that they are required to internalize while evaluating investments options, and are more encouraged to pursue high risk projects with greater benefits if they turn out well. Conversely, the costs from unsuccessful projects should be borne by creditors and other tort victims. At an aggregated level, Macey (1995) predicted a situation where industries with high risk high return might be overinvested, consequently leading to underinvestment in other industries and an overall imbalance.

Discussing the issue in question

Having analysed the emergence of limited liability as a corporate legal form as well as its advantages and disadvantages, this paper should hereby discuss the statement by Ireland (2010):

‘[T]the corporate legal form was, and is, in large part a political construct developed to accommodate and protect the rentier investor.’

Along with modifications to laws that accommodate the growth of limited liability and the benefits of rentier investors, one prominent issue going on with corporate legal law in general is the piercing of the corporate veil. Coexisting with these modern corporate forms are the increase of undercompensate tort victims as well as the activities of interest groups and politicians stemming from lobbying and the interests of tax revenues (Macey, 1995). However, it was also indicated that there is a likelihood that judges are less affected by interest group pressures and should determine the issue on an unbiased perspective. The High Court of Australia Case on Queensland Railways (Timebase, 2015) is a representative of this matter. From a public policy point of view, should there be configured legal regulations affecting investors and limited liability companies, then these firms may only be willing to make investments in projects that entail acceptable breakeven of marginal cost and benefit and more devious evaluation in decision making. This social approach of cost and benefit analysis might in turn lead to a reality of costs from the investments of firms causing damage to third parties like creditors or tort victims. However, even with the potential legislative changes, the future victims of limited liability, except for creditors, are unidentified. In contrast, investors of these firms possess not only resourceful financial background, but also prodigious political force.

Taken altogether, Ireland (2010)’s theoretical finding seemed to hold its weight. The interests of investors have undoubtedly been protected under the law modification ever since the emerging duration of limited liability model and continued to become the key benefits of this corporate form. These benefits can also outweigh and tackle the only costs that may incur to investors. At the same time, investors are less likely to be affected by other potential legislative measures that may restrict their interests, or aim to protect other risk bearers of limited liability.

Ireland, P. (1996). Capitalism without the capitalist: The joint stock company share and the emergence of the modern doctrine of separate corporate personality. The Journal of Legal History, 17(1), 41-73. 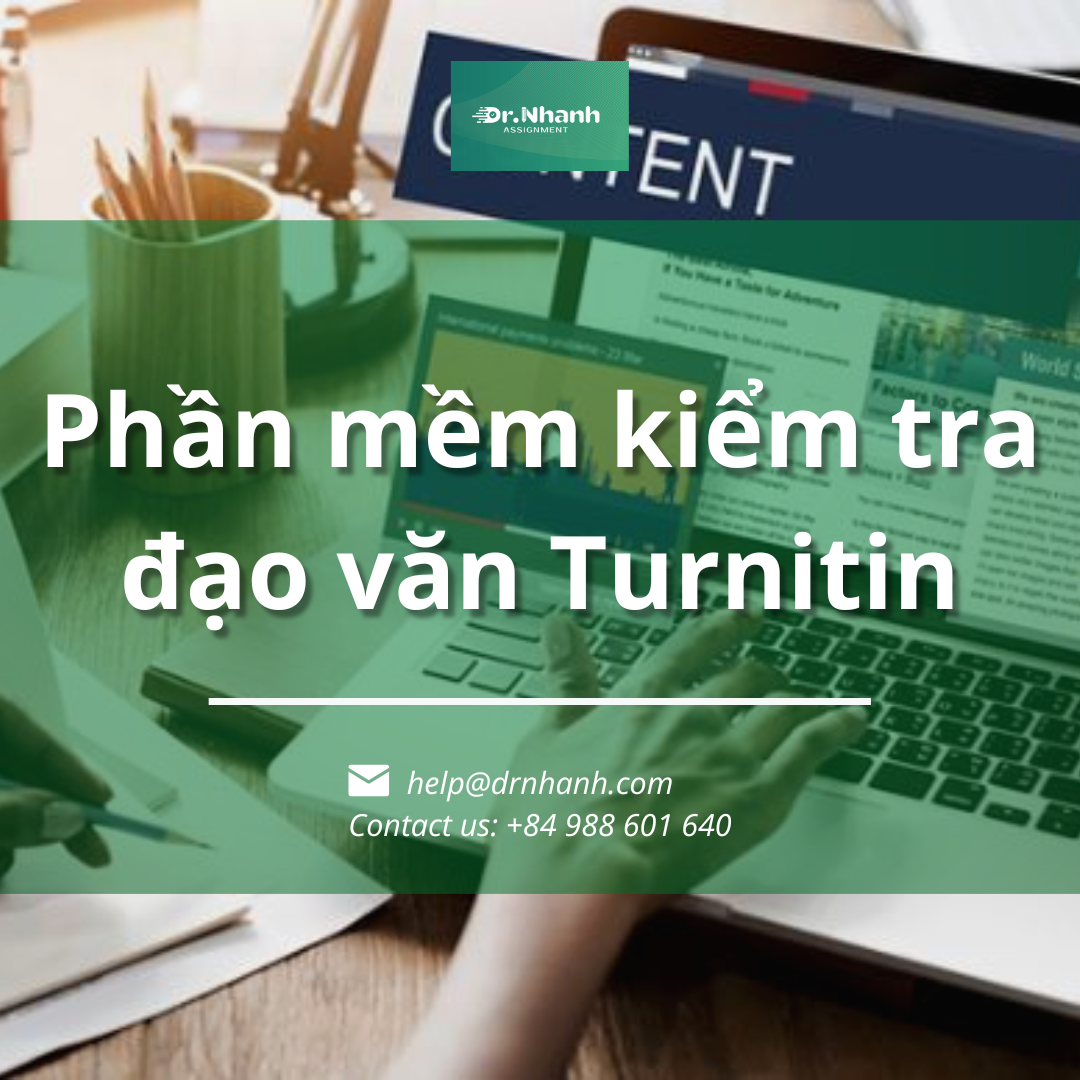 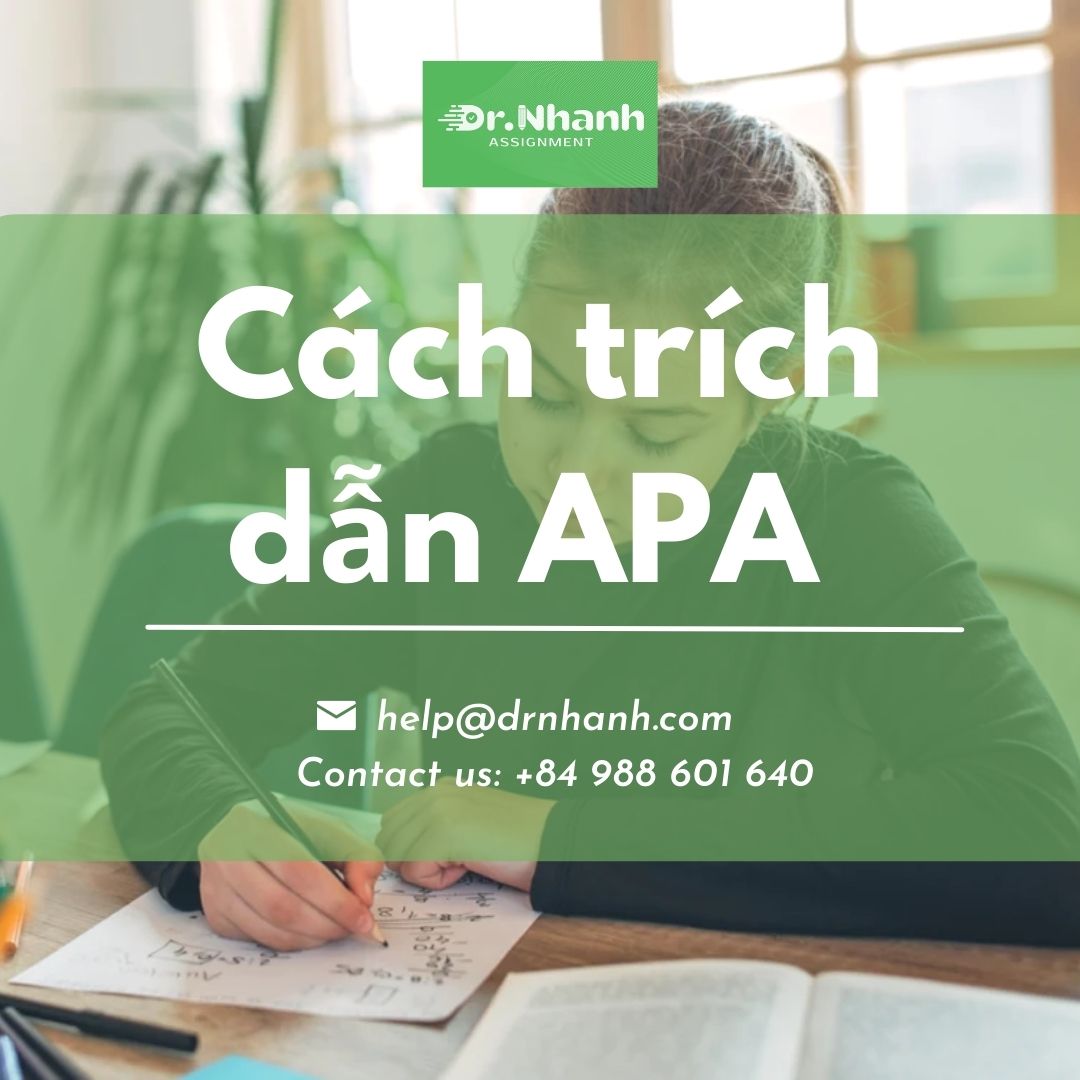 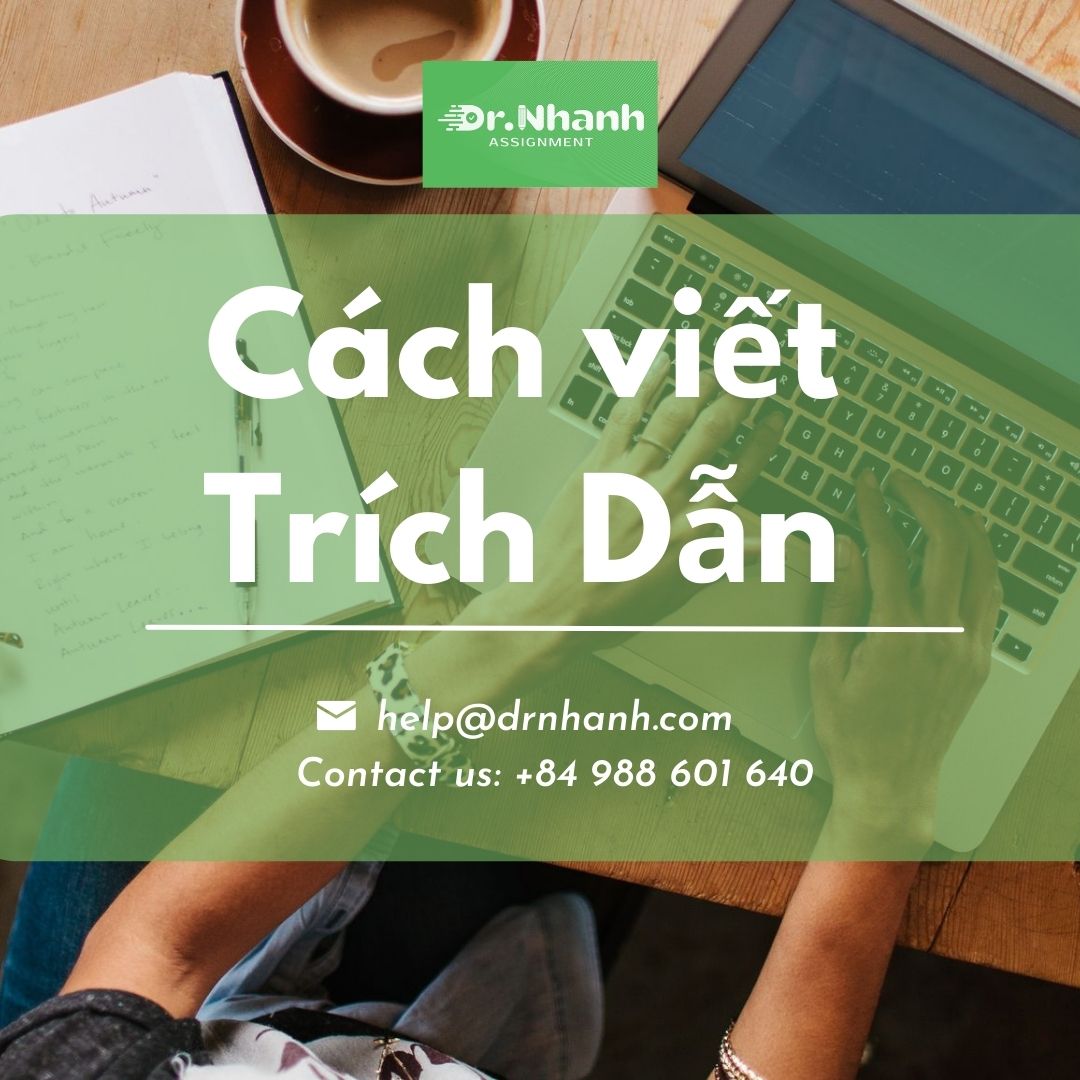 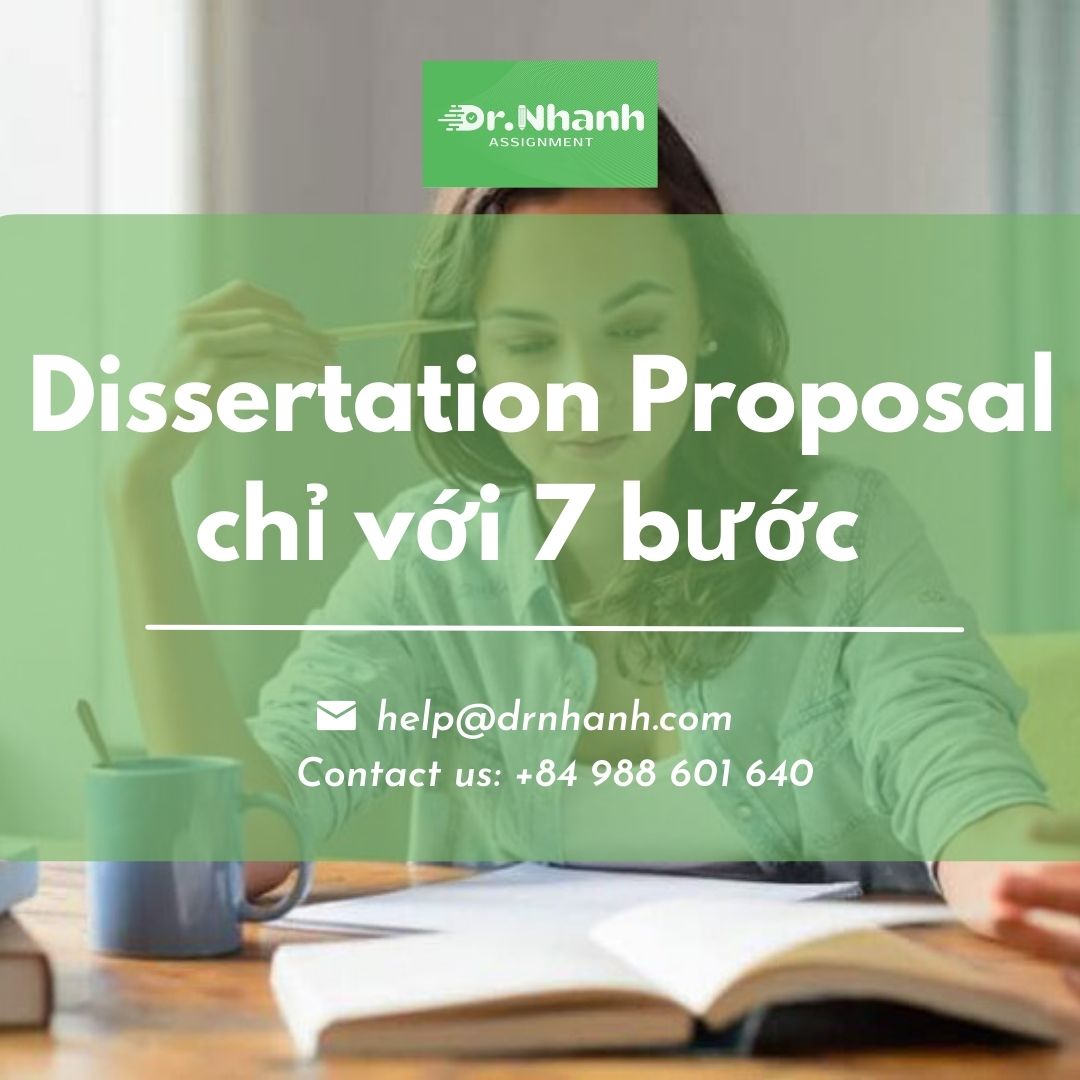 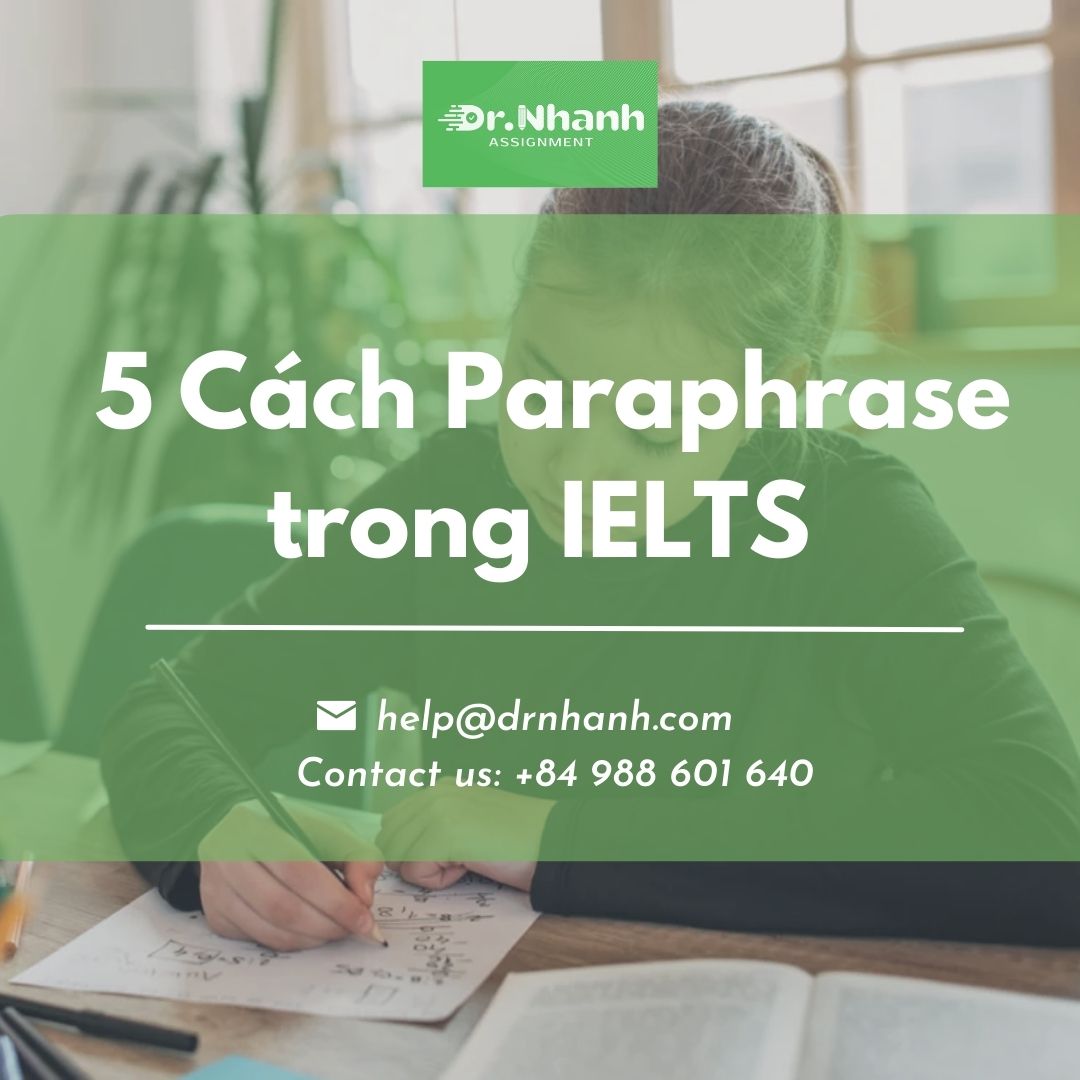 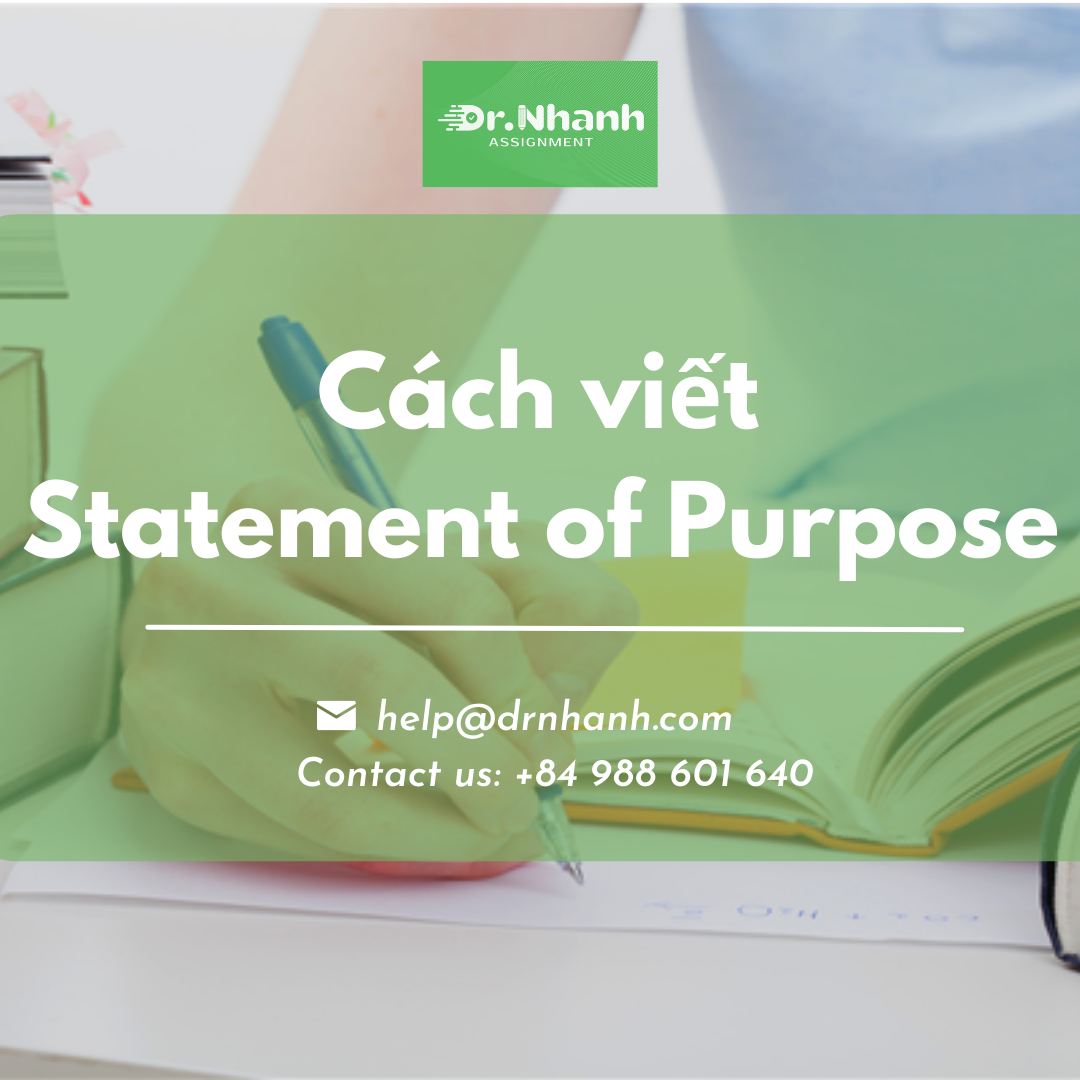